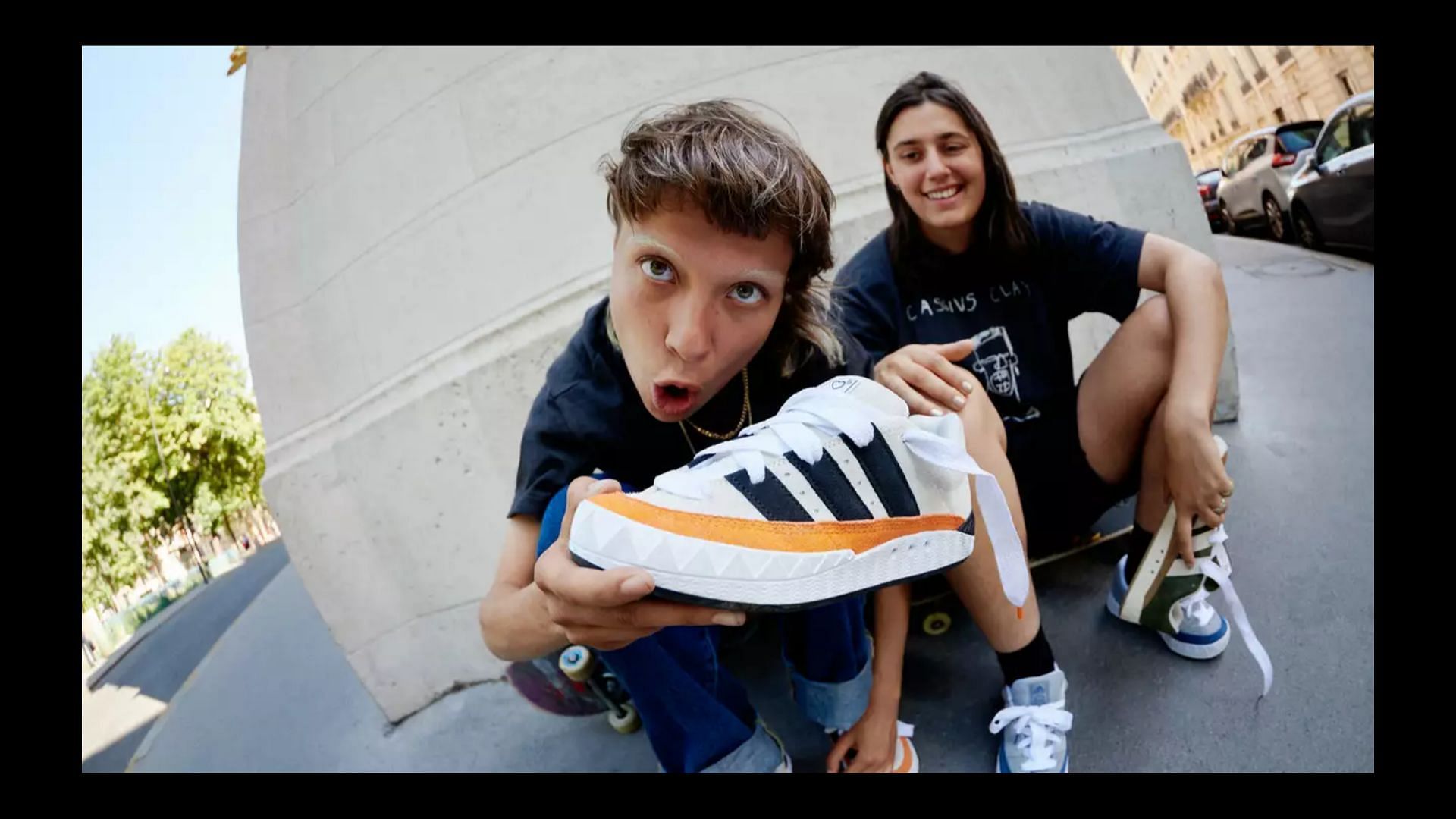 Adidas Originals continues its partnership with NIGO’s label, Human Made, after a sneaker collaboration with Wood Wood and Hebru Brantley. For the new joint venture between the NIGO-founded label and Adidas Originals, the two are taking a special spin on the ADIMATIC silhouette.

It was first introduced in 1996 and has become a cult following among young people around the world. Back on the scene, in 2022, the sneaker has seen many iterations starting with a welcome from skater Jamal Smith and Atmos Collaborations. The new collection was released on July 16, 2022 on the official Human Made e-commerce site.

Building on this momentum, Human Made offers three new colorways – grey, green and white. The recently relaunched iconic sneakers are consistent throughout all three iterations. The Human Made website presents the collection to us with the following description:

“ADIMATIC HM, a sneaker from the collaboration between adidas Originals and HUMAN MADE. It features a bulky silhouette reminiscent of skate shoes, with extra thick three stripes and chunky lace detailing that retains the ‘original’ vibe of the 1960s. 90.”

The color blocking is inspired by the 1996 iteration originally released. The gray colourway opts for smoke grey, navy blue and white accents. The green option opts for veil/off-white, brown and white accents. Finally, the white variant opts for orange and black accents.

The upper is made of a mix of materials including leather, suede and textile. Most of the upper is clad in the sneakers’ titular shades, while the toe box, iconic three-stripe logo, and laces opt for contrasting shades. The Human Made site describes the details of the shoes as follows:

“While retaining the details of the original model, the collaboration’s original color scheme, the adidas Originals by HUMAN MADE collaboration heart silhouette logo on the left tongue and heel, and its branded tag line HUMAN MADE on attached shoe lace “GEARS FOR FUTURISTIC” Print the letters ‘TEENAGERS’.”

Consistency, especially for the three iterations, comes with vertical tabs – which arrive in a mismatched pattern. The right shoe opts for the iconic 3-Stripes logo with “Adidas” lettering, while the left opts for unique branding.

The tongue tab on the left reads “die marke mit den 3 streifen”, which is German for the three-stripe mark, alongside the Human Made heart logo.

Most of the upper is covered in suede and defines the sawtooth groove on the chunky midsole. The midsole contrasts with a durable rubber outsole, which provides more tread. Other nods to the label founded by NIGO are given with a heart embroidery on the heel.

Read also
The story continues below

The shoes come with two additional sets of enlarged laces, which feature the NIGO-funded brand’s slogan of “Gears for Futuristic Teenagers”. The campaign visual was shot in Paris and features the rising star of the three-stripes brand’s skate team, Maite Steenhoudt.

The ADIMATIC HM series from the dynamic duo partnership is currently available on Human Made’s official e-commerce site on July 16, 2022 at 11:00 AM JST for a retail price of 14,300 Japanese Yen (approximately $103). After the initial launch, a larger version will be released on the CONFIRMED app on July 24, 2022.