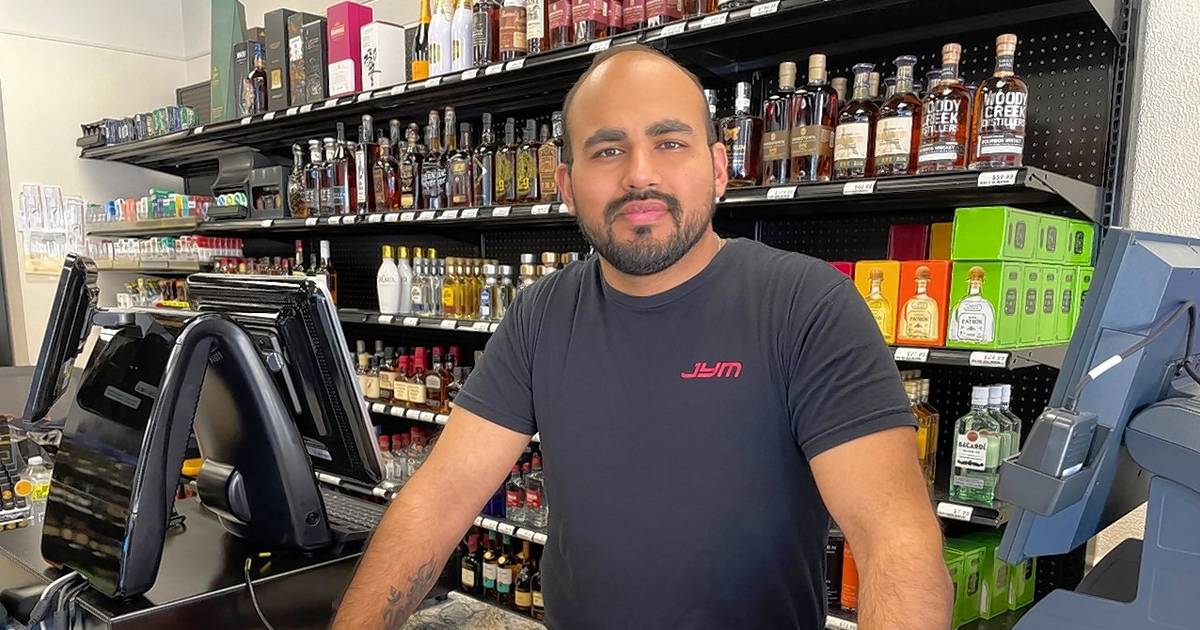 Hops ‘n Barrels Wine & Spirits in St. Charles aims to be more than a liquor store

Does the town need a liquor store with plenty of bars and restaurants in downtown St. Charles? The answer to this question would be yes, since there is none in the central business district, but only if the liquor store can offer something more to its customers through events or authorized tastings.

It must fall into the category of engaging customers with some form of entertainment beyond stopping to buy craft beer, wine, or bourbon. Otherwise, it’s just a liquor store, which doesn’t do much for a downtown that leans toward entertainment and dining.

Pratik Patel fully buys into that theory as he enters his fourth month of operation at the new Hops ‘n Barrels Wine & Spirits store in downtown St. Charles.

“We need something different for St. Charles other than a typical liquor store,” Patel said. “People come downtown for special events, so we have to offer some of that.”

Patel is to work with owner Mark Grossklag and the city to add special events or features to the location that once housed Grossklag Real Estate and later an interior design boutique for decades.

Owner Pratik Patel showcases some of Hops ‘n Barrels’ craft beer selections in St. Charles. “We have to get creative with what we could do with a permit because we can’t really have people sitting inside and drinking,” said Patel, who envisions a bourbon or wine tasting area. near the front of the store.
– Courtesy of Dave Heun

“We have to get creative with what we could do with a permit because we can’t really have people sitting inside and drinking,” said Patel, who envisions a bourbon or wine tasting area near from the front of the store.

Patel is committed to improving the customer experience in the store in every way possible, given the unfortunate events that slowed its progress before and just after the store opened.

During this period, Patel said he faced nine deaths in his extended family locally and in India. He suffered a city sewer line backup at his home in Bloomingdale’s which caused extensive damage.

At the same time, and with the help of his father, Harry, he again ventured into the liquor business with Hops ‘n Barrels at 203 W. Main St., a prominent corner of town.

Since opening, the store has settled into what Patel calls a “feedback period”, during which it wants to hear from customers and residents about what they want the store to be – beyond a downtown liquor store.

After nearly a decade working for a wedding reception company and learning about the entertainment business, Patel found he loved this aspect of interacting with customers. He also helped his cousin run a liquor store, so eventually he was ready to open his own.

Once in Saint-Charles, he was ready to act on his first impressions of the market. 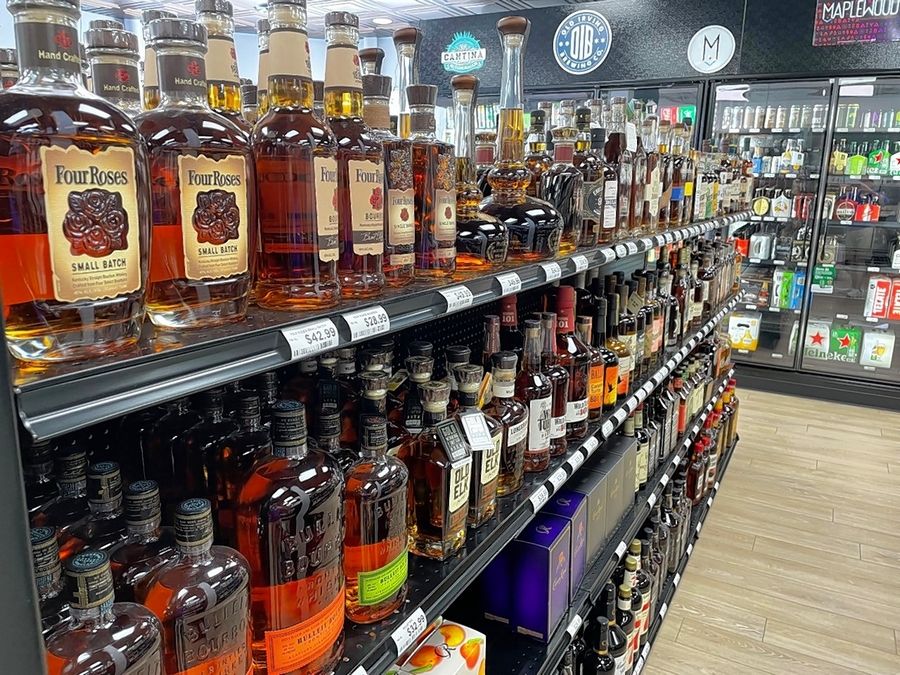 “We became more specialized and realized that in that market there would be a demand for bourbon, wine and craft beer,” noted Patel, who helped his father run stores in North Aurora and South Elgin. . “Our other stores have similar selections, but we’ve noticed a lot of ‘whiskey’ around here.”

By this, Patel is essentially saying that those who love bourbon are willing to pay for hard-to-get brands or would be interested in trying new brands.

“We hope to set up more whiskey tasting space in the store, but we can’t have a bar here,” Patel explained.

Patel said he felt “very confident about the future of the store here”, but admitted it had taken longer than expected due to the unexpected deaths in India (where he had originally traveled for the marriage of his brother). He planned this trip for a few weeks, but it took months.

“We will try to improve the interior of the store for customers,” Patel said. “We’re right downtown, but some people still aren’t sure what we are.”

Currently it’s a liquor store open 10am-9pm daily, with parking in the back of the building. It offers over 2,500 brands, including a wide selection of wines, craft beers, and rare bourbon whiskeys like Buffalo Trace and others.

But he wants to be more than that, which will be Patel’s focus going forward.

The consignment shop sets up

The last time I browsed the store at 122 W. Main St. in St. Charles was the Colson department store. My estimate puts that somewhere between 30 and 35 years old, given Colson’s closure at this key downtown location in 1992.

I had no reason to browse the stores that followed this location. I was not a consumer in need of ski gear or patio furniture when it came to Vertical Drop, and certainly not a new saddle or other riding accessories when it came. was Stanbridge Master Saddlers.

But my wife and I do occasionally venture into consignment stores, and that’s what owner Tammi Rojek has on full display at Double Take Consignment in a historic corner of town.

I wrote late last year about Rojek’s desire to open Double Take Consignment in St. Charles to complement his other Double Take store in Crystal Lake.

After weathering the winter and a very cold and rainy spring, Rojek said business is picking up, especially as more and more people come out and realize where his store is, how big it is and what it offers. .

She’s done a great job setting this place up, bringing back memories of the Colsons’ days with clothes, shoes, handbags, and other paraphernalia. It also has a “Man Cave” section of men’s clothing on consignment.

But has soaring inflation harmed Rojek’s business or given it a boost?

“You know, I’ve never experienced inflation like this, so it’s hard to say,” Rojek noted. “I was talking to my husband about it, and I think that’s like saying consignment stores work well when money gets tight, especially for essential things like a parent buying clothes and shoes for their kids. .

“But it will probably slow down some of the other purchases of things that wouldn’t be essential,” she added.

When you spot a colorful meadow that catches your eye, whether it’s in LeRoy Oakes Forest Reserve in St. Charles or the tiniest patch of Wheeler Park in Geneva, it’s fascinating to consider that up to 22 million acres in Illinois looked exactly like this about 200 years ago.

Historians and conservationists claim that up to 90% of this prairie land has succumbed to roads, buildings, parking lots and other things we tend to build.

But the Prairies are still there, especially locally. And the farmers in the area have lived on or near them all these years.

You can see for yourself when the Township of Campton hosts its annual Prairie Festival from 11 a.m. to 3 p.m. on Saturday, August 13 at the historic Corron Farm, 7N761 Corron Road.

Games for children and horse-drawn carriage rides in the savannah and the oak meadow are also on the program.

The Corron Farm Preservation Society will be holding a 50-50 raffle to raise funds for on-farm restoration projects.

COVID has done a number on our sense of time.

This is just a minor inconvenience or quirk of the pandemic, considering how many families have lost loved ones or are still dealing with the long-term aftermath of COVID.

But when guessing the age of a child I hadn’t seen in a while, I said she was probably 6 years old. I have been corrected. She is 9 years old.

It was a surprise, but not realizing I hadn’t used “COVID math” in my guess. The COVID math tells us that even though we thought time had stood still for the past two years, it hasn’t. People were still aging and the things we owned were aging, but that’s hard to achieve when you don’t go out too often.

The next time you’re thinking about how old someone or something is, consider the COVID math equation. Everyone is a bit older than the last time you saw them. Time has not stopped for that.

‘I thought Roger Federer would be emotional but…’ says top analyst

Life Time Foundation pledges to ‘get kids moving’ with over $600,000