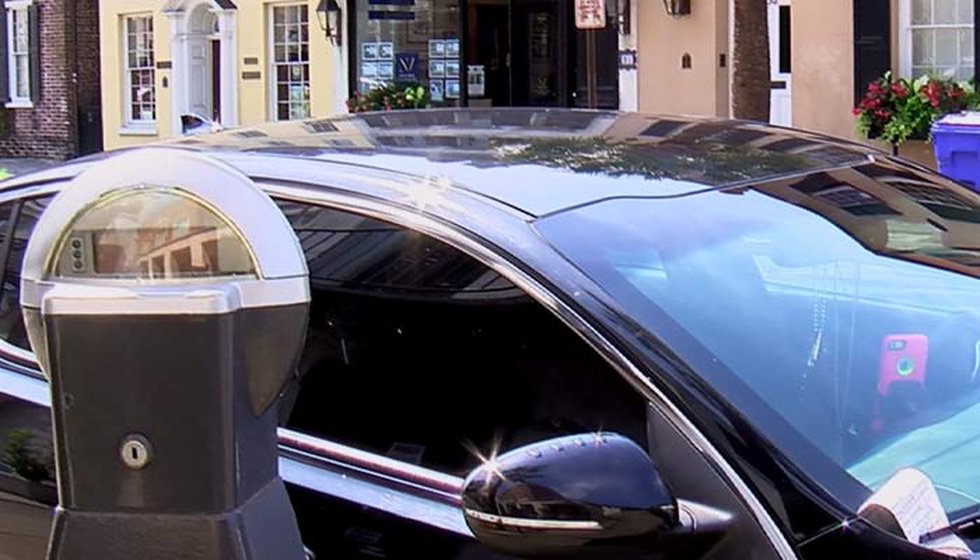 Officers will test the use of the “Barnacle”, a large yellow clamp attached to a vehicle’s windshield with powerful suction cups. The device is designed to prevent the driver from seeing through the windshield. It’s GPS-monitored, so an alarm will sound if a driver attempts to move their vehicle with the Barnacle in place, city spokesman Jack O’Toole said.

“Even though we don’t like to do it, sometimes it’s necessary to stop a vehicle,” said City of Charleston Traffic and Transportation Manager Robbie Somerville. “We hope this new technology will eventually make this process more efficient, and hopefully a little less painful, for everyone involved.”

City leaders hope the device will reduce employee injuries and vehicle damage while giving residents “faster and more convenient ways to get their cars back on the road,” he said.

Boots, which are heavy and can be difficult to put on and take off, can sometimes cause injury and damage vehicle rims. Barnacle, on the other hand, is lighter, easier to apply, and shouldn’t cause damage, O’Toole said.

“Payments to withdraw the Barnacle can be made over the phone by credit card anytime, day or night,” he said.

Once the outstanding parking fees and tickets have been paid, the parking authorities will write a code on the device, which will release the suction and the device will be removed.

One thing won’t change, though: As with parking boots, there’s a $500 fine for tampering with the Barnacle or attempting to remove it from the vehicle.

Boots is ditching its own cotton brand for organic alternatives