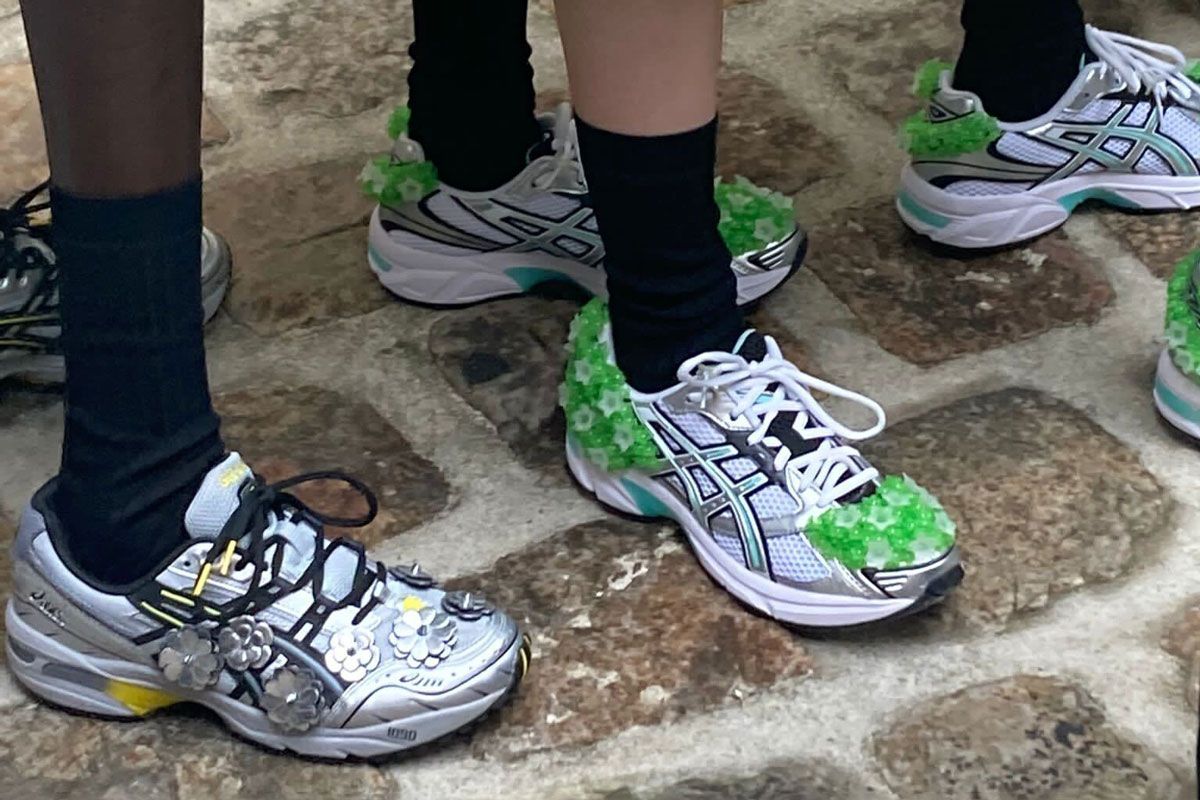 Cecilie Bahnsen’s list of collaborations is flourishing. The Danish designer, beloved for her floaty dresses, collaborated with ASICS on what I can only describe as the cutest trainers ever.

During Paris Fashion Week, Bahnsen paraded models in a jumpsuit that became a focal point of her design aesthetic: light-as-air dresses paired with down-to-earth sneakers.

These weren’t just any sneakers – they were ASICS, what appear to be the footwear giant’s Gel-1130 and Gel-1090, adorned with classic Bahnsen touches. Delicate green flowers were dotted in clusters on the toe and heel of the 1130, while larger silver petals were applied to the upper part of the 1090.

Floral appliqués were reminiscent of Bahnsen’s Suicoke collaboration, a capsule of hiking sandals adorned with colorful flowers. The Copenhagen-based designer has also worked with Charles & Keith and Hereu on similar floral shoes.

Banhsen’s ASICS collaboration is said to have been made from leftover fabric and beads from his studio, an eco-friendly touch in line with the sneaker brand’s efforts to use recycled materials. Only 50 pairs of hand-beaded shoes will be produced and sold on Banhsen’s website from October.

Bad styling on Yosemite’s El Capitan is the norm